Last week, on March 18th 2018, the Russian Federation held its seventh presidential election. Four of those have been won by incumbent president and potential caricature ‘Bond villain’, Vladimir Vladimirovich Putin. While reports of ballot manipulation have been widespread, a deeper issue facing the Russian regime may have been inadvertently revealed. In this piece, Eamon Driscoll examines the elections and what they might mean for Russia’s future.

About to embark on his fourth term in office, Putin now has six years until the next election to further cement his status as Russia’s Tsar-in-waiting. By the rules of the Constitution, Putin won’t be allowed to run for reelection in 2024. That hasn’t stopped Putin in the past; in 2008 he simply groomed Dmitri Medvedev to stand in for him in a system known as the tandemocracy, having the new President serve one term before disappearing into relative obscurity thereafter. Russia is now on the verge of restarting this same cycle, presuming either that Putin plans to run again after the second tandemocracy has run its couse, or that the Russian constitution is not amended to permit more than two consecutive terms in office.

While reports of the Putin regime’s demise have been numerous and greatly exaggerated, the actions during the election would suggest something new is taking place. The elections appear to have unsurprisingly been subject to manipulation – something which Russia is apparently adept at. Multiple videos taken by webcam seem to attest to this, showing poll workers stuffing ballot boxes or obscuring their actions by putting objects in front of the cameras. This is nothing new to the Russian flavour of democracy, and individuals working in the public sector – such as teachers and postal workers – are often strongly pushed towards casting their votes for Putin. In other cases, rewards are given for filling out multiple ballots. These rewards come in many forms, such as cash or cars, and the size of the reward depends on the number of ballots filled out, numbers which can exceed ten thousand for those who are willing to spend their time that way.

There are two unusual aspects of the election that require some analysis. In the first place, the election was boycotted by supporters of Alexei Navalny – the opposition leader who was prohibited from running for president on the grounds of his five-year suspended sentence for embezzlement of timber; a charge which is no less politically motivated than it sounds. He would be legally able to run for president in 2028, at which point it may be too late for him. He called for a boycott of the election, but it is difficult to tell how effective that may have been. Some analysis is required to assess the impact, although some speculation is also necessary to take the next step. 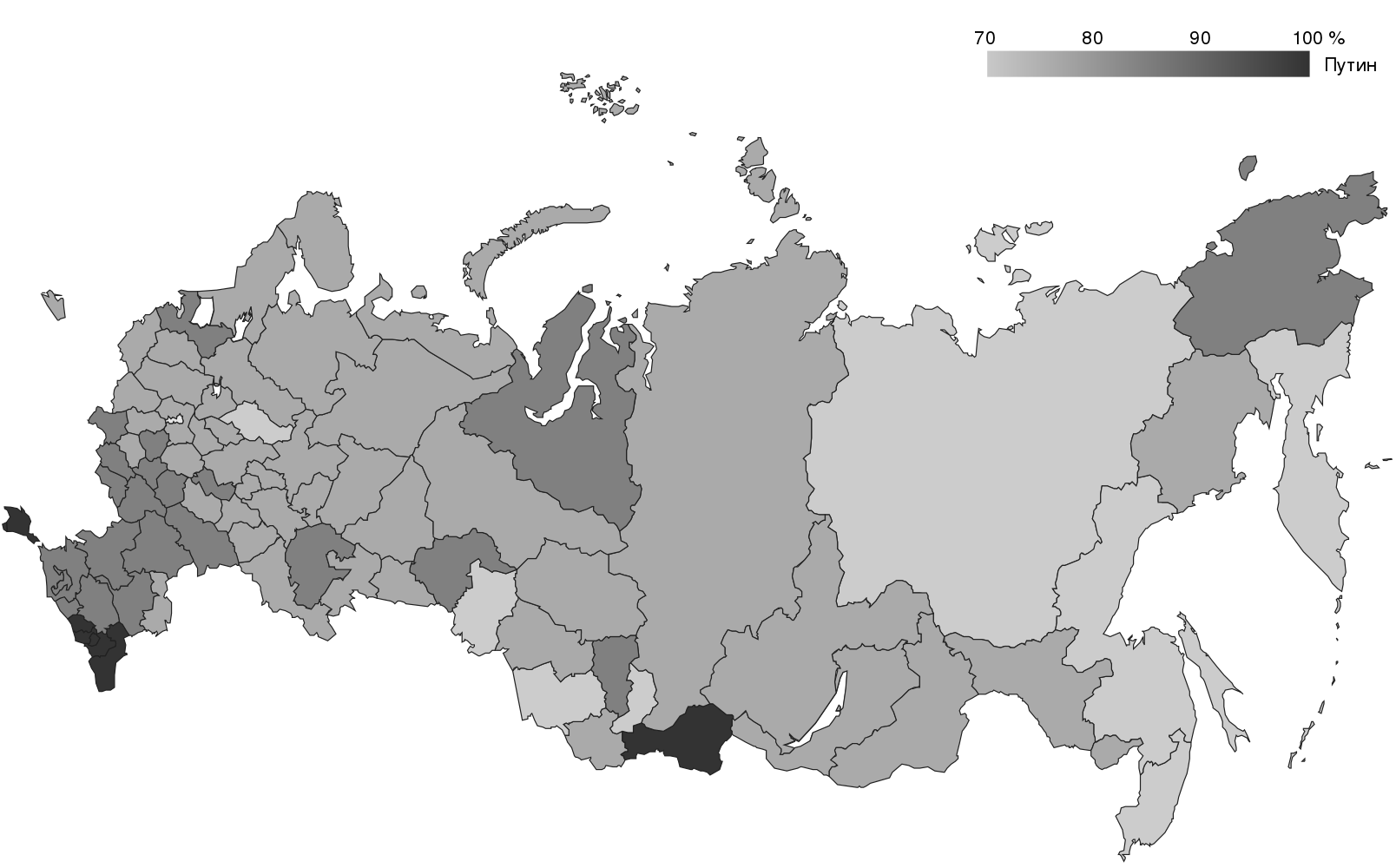 Fig 1.0 – Results of the 2018 election, showing Putin’s widespread support across the Russian Federation.

The above map reveals the extent of Putin’s influence. Areas where Putin received virtually 100% of the vote – the Republic of Crimea, the Islamic republics including Chechnya, and the Tyva Republic – begin to resemble dictatorships. Even the lower bounds of the spectrum – 70% – is astonishingly high, higher even than the electoral landslide won by French President Emmanuel Macron in 2017. In fact, Putin’s federation-wide final result of 76.7% with a turnout of 64.5% (effectively half of Russia’s total population) is largely unheard of in vibrant democracies today. As a comparison, only one-quarter of the American electorate voted for Hillary Clinton in 2016 when including those who were eligible to vote but did not do so.

Despite this, it is important to consider also that the turnout in the Russian election actually increased slightly over the previous election in 2012. Therefore it is difficult to assess exactly how effectively the Navalny boycott may have been. There is some information that Kremlin elites were concerned that low turnout may have hindered Putin’s ability to claim an electoral mandate, and that concern coupled with the increase in turnout suggests that manipulation also may have been increased to offset the anticipated boycott. If true, this indicates that it was genuinely seen as a threat, thus making Putin seem weaker than the basic electoral results indicate.

Moreover, Putin’s final tally of 76.7% is a high result in any Russian election. In a world where despots and dictators still hold elections purely to give merely the slightest suggestion of democracy, this election comes near enough to such electoral heights without drawing too much of the world’s attention to the faux-democratic system. Where dictators in Turkmenistan and Rwanda can get away with claims of 99% support, Russia cannot without invoking criticism of Soviet authoritarianism. Putin’s Russia depends on the appearance of democracy to justify its version of governance domestically and worldwide. Striking the balance between an overwhelming victory and legitimate elections has been the general electoral policy since ascension from the Soviet Union in 1991. This time, however, cracks may be starting to show if the government’s actions reveal genuine concern over the effects of the boycott and the final tally.

Concerned as the Kremlin may be about the opposition, the chances of any upheaval forcing a radical change in Moscow as happened in Kiev are slim to none. Most likely, discussions of Russia’s next election in 2024 will be about how wide a margin Putin’s hand-picked successor will win by. Of all the possibilities, the current mayor of Moscow, Sergey Sobyanin, seems the likeliest at the moment. Moscow, though the heart of Russia, is also the most cosmopolitan part of the country and is one of the regions where Putin’s support is lowest. By pushing a successful mayor, the Kremlin may seek to cover that weakness. Sobyanin has accomplished much in Moscow to restrict corruption, beautify the city, and may therefore be seen as a palatable candidate by the Moscow opposition, while still drawing much of his support from the other regions. Nevertheless, Putin’s fourth term will only begin in May of this year, and there is an abundance of time for him to select a successor.

The question, however, is whether the cracks which are showing actually exist, and if so, to what extent will they affect the next six years in Russia? As ever, time will tell.

Eamon Driscoll is a graduate of the University of Ilinois and postgraduate of Geopolitics, Territory and Security at King’s College, London. Eamon focuses on issues in Russia and the wider Commonwealth of Independent States, which has furnished him with extensive experience on the topic of breakaway states. His current academic focus is on the Russian enclave of Kaliningrad and how its unique position has forced the region to develop differently from other Russian territories, especially in the shadow of the ongoing crisis in Ukraine.