In our new series on water security, we take a look at how shortages of the planet’s most vital resource will carry major conflict risks in the near future. In each article, we will explore the water conflict risks facing a new region, and how these conflicts might play out. In part three of the series, we examine how Iraq’s downstream position from Iran and Turkey has placed its population at risk only months after the Islamic State’s control over the Mosul Dam threatened to unleash a catastrophic flood across much of the country. 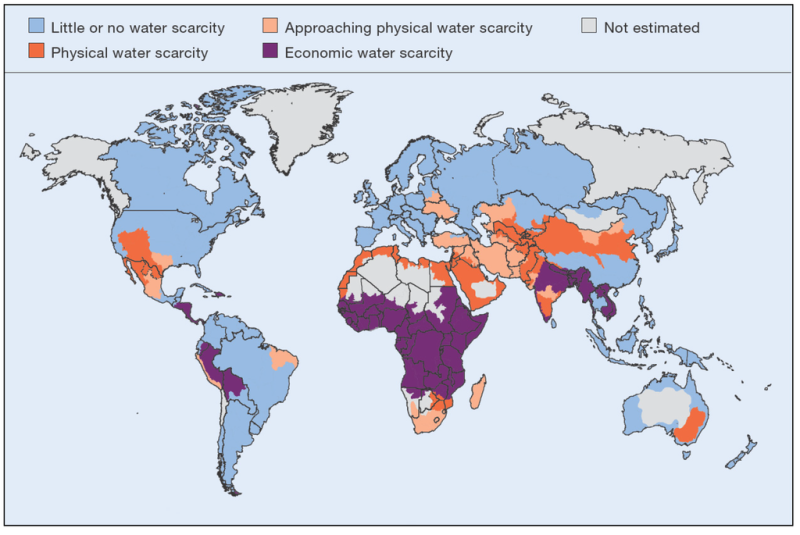 In recent weeks, reports have circulated drawing attention to major water shortages across Iraq. Assessments suggest that flows in the Tigris, Euphrates and other waterways have dropped by over 40%, and that Iraq’s reservoirs contain about 80bn cubic metres less than the minimum amount needed to meet the country’s requirements. At least 70% of Iraq’s water comes from the Tigris and the Euphrates rivers, and both of these run through Turkey before reaching Iraq.

Concurrent to the water shortage reports, the government in Baghdad has announced that over 90% of the country’s land has desertified and that viable agricultural land is shrinking by as much as 5% per year, highlighting that food security issues move hand-in-hand with water security concerns. Decreased rainfall and the losing battle against desertification have led farmers in Iraq’s once fertile lands to switch to less water-reliant agriculture. This is most apparent in the case of rice farmers, who have been forced to close their farms or switch to wheat farming as a result of recent government bans. Despite many switching crops, even wheat and barley farmers are struggling in the current drought environment.

The risks to farmers – who represent an estimated 20% of employed Iraqis – are compounded by a lack of reliable infrastructure, which has also contributed to the rise of water-borne diseases and conditions such as over-salination; an issue which has seen thousands of people hospitalised in the Basra region and provoked violent protests in recent weeks. Given the lack of a reasonable solution to the issue, farmers in the region are increasingly likely to close their operations or switch to less-water reliant crops, which in turn is likely to reduce Iraq’s food security standing, posing a risk of shortages and pressuring the government to import from its regional neighbours at a cost that Baghdad can ill-afford on the heels of myriad political and security crises. This would in turn hurt an already fragile war-torn economy.

Many in Iraq are blaming the issue on a combination of low rainfall and new hydroelectric projects under construction in Turkey, which sits upstream of Iraq, and some citizens have even called for boycotts of Turkish products as a result of the crisis. The Ilisu dam project is one of 22 dams and 19 power plants being built as part of the Southeastern Anatolia Project, and has been the centre of the debate in recent weeks as efforts to fill the dam’s reservoir have decreased the Tigris’ flow southwards into Iraq. Turkey has insisted that Iraq has been consulted throughout the construction of the dam, and has offered temporary reprieves in the form of dam-filling suspensions during the driest summer months. Neighbouring Iran has also begun holding back water from tributaries of the Tigris, although this is driven more by water security concerns than power generation ambitions. The Kurdish Regional Government has accused Iran of cutting the flow on the Little Zab, although Iran has in turn denied the allegations, blaming climate change and a natural drought. Speaking on the issue, the Iraqi foreign ministry claimed that Iran had cut off or diverted 42 rivers and tributaries shared with Iraq, but that the Ilisu Dam in Turkey is a more urgent problem.

A potential short-term solution has been suggested involving underground aquifers in Anbar province. Pumping these aquifers could temporarily reduce the impact of the water crisis, but would require significant resource investment from an already overstretched government into a notoriously unstable province. While this may temporarily ease the crisis, domestic unrest due to water insecurity is expected to continue for the foreseeable future, impacting Iraq’s tenuous stability and highlighting resource-driven insecurities in the region. Aquifers are a non-renewable water resource, and as such even a massive investment programme into Anbar would leave Iraq vulnerable to further shortages in future. As a result, the major rivers flowing into Iraq remain the country’s most important long-term water source. This represents a major problem for Iraq given its downstream position, and the warn-torn and politically paralysed government in Baghdad is left with few options. Elevated tensions with Turkey and Iran over their dam projects are anticipated to continue, however this is unlikely to result in credible progress given Iraq’s poor bargaining position with both.

Where much of Iraq’s population were once held hostage by the Islamic State – which in itself was ironic given the threat posed by that group releasing a huge flood from the Mosul dam over much of urban Iraq – a similar portion may now find themselves hostage to Turkish and Iranian water policies. As in both crises, Baghdad will most likely rely on the political goodwill of others to survive.