In the fourth piece in this series, Edwin Tran analyses the socioeconomic history of the Lebanese Shi’a group Hezbollah. In this piece, we explore the growing power of the Palestinian Liberation Organisation in southern Lebanon, and how a combination of repeated collateral damage from Israeli-PLO engagements, the luxurious lifestyle of PLO officials, and a failure to address the needs of the Shi’a Lebanese population all set the country on a course to reject PLO influence.

This series has briefly discussed the nature of the Palestinian Liberation Organization (PLO) and its impact on the Lebanese Civil War and the rise of Hezbollah. As discussed before, it is important to reiterate that as a result of the 1948 and 1967 Arab-Israeli Wars, there was already a sizeable Palestinian refugee population within Lebanese territory. Up until the 1960s, however, Palestinian refugees were not integrated into the country or given citizenship. A report conducted by Amnesty International revealed that by 1950, there were 127,000 UNRWA registered Palestinian refugees residing in Lebanon; a number that would only increase following the 1967 and 1973 Arab-Israeli Wars. 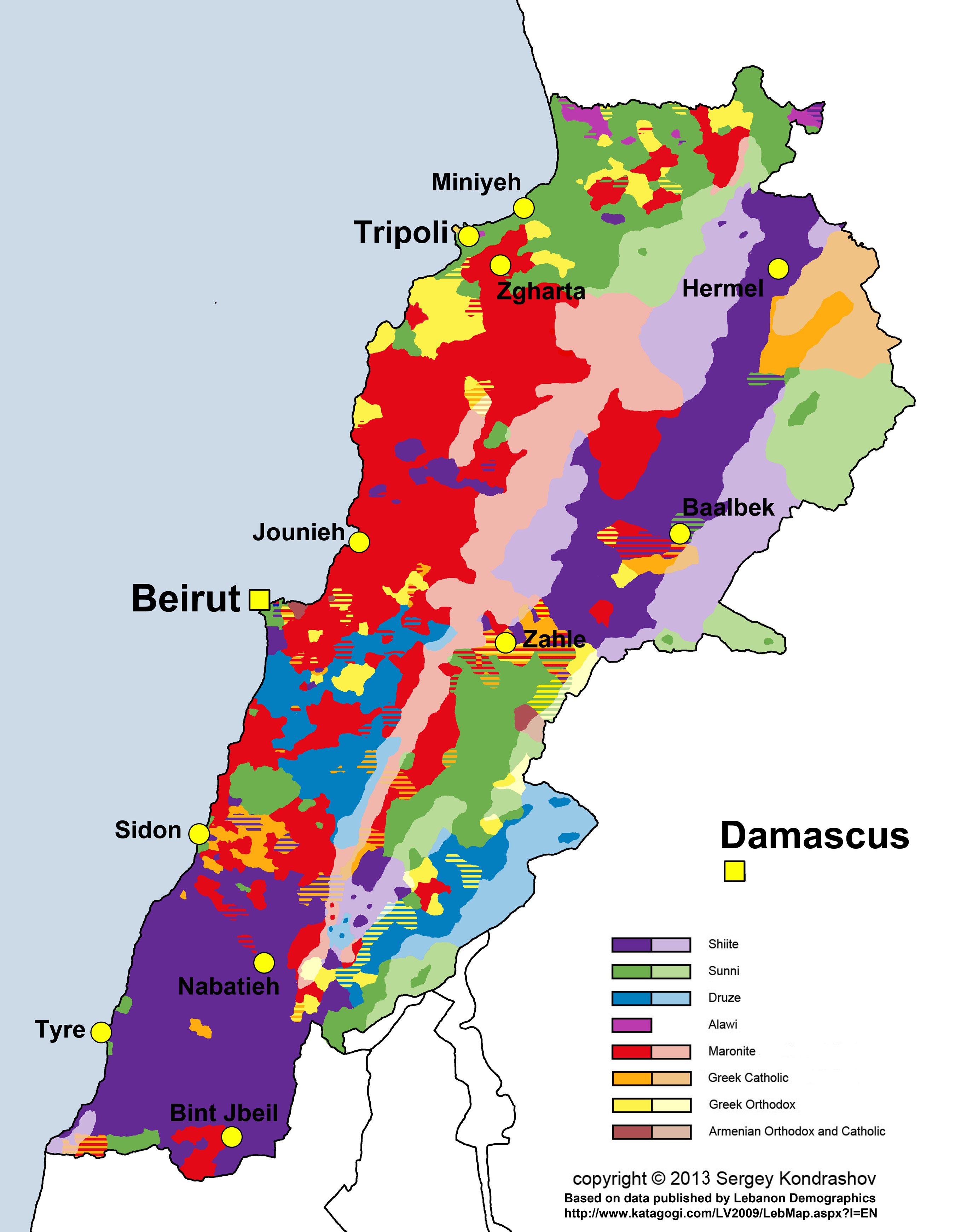 Beyond the demographic changes carried by this influx of Palestinian refugees, the 1967 War would have a drastic effect in shifting the ideological leanings of many Lebanese citizens. The dreams of Pan-Arab Nationalism, a major factor in the 1958 Lebanon Crisis, had been metaphorically crushed because of the failure of Gamal abd’ al Nasser in the 1967 War. As was the case in much of the Arab world, many Lebanese began to search for new ideological motivations to move onward in light of the disaster. In the immediate years following the 1967 War, many Lebanese became attracted to the resistance movement espoused by the PLO. This popularity was especially salient amongst university students and there was widespread support for the organization across most of Lebanon’s religious sects, including the Maronites and Greek Orthodox Christians. For such individuals, the PLO represented the continued struggle against the Israeli hegemony that had convincingly dishonoured the Arab forces in the 1948 and 1967 Wars.

As a result of these population shifts and general Lebanese support, PLO cells began to take form in some of the Palestinian refugee camps within Lebanon. A majority of the operations of these cells began to focus on the region of Southern Lebanon, which allowed PLO members to engage in raids and border skirmishes with Israel. It became clear to many Lebanese politicians that their policy of ignoring the Palestinian issue would no longer be feasible. Israeli retaliation and a general decline in public order because of these militants greatly incensed many upper ranking Lebanese officials. The enactment of the 1969 Cairo Agreement resulted in the establishment of PLO autonomy in Palestinian refugee camps, with the Lebanese state being given jurisdiction over PLO raids. This would set the foundation for Yasser Arafat’s “state-within-a-state,” and shortly after, the events of Black September resulted in the expulsion of 3,000-5,000 PLO fighters from Jordan to Lebanon, where they would link up with their fellow militants in the southern regions of the country. Others, including Yasser Arafat, established a base of operations in the Lebanese capital of Beirut. In these areas, the PLO was able to establish their own quasi-state managing and distributing social services, local security, and other state-based tasks on top of their armed raids against Israel.

While the PLO enjoyed relatively widespread Lebanese support during the first few years after 1967, the following years would lead to fundamental changes in attitudes and perceptions. Maronite Christians, many of whom had supported the PLO, were alarmed by the autonomy granted to the organisation as a result of the 1969 Cairo Agreement and became concerned for the security of their own community. The presence of armed Palestinian militiamen inside Beirut resulted in Maronite leadership forming their own paramilitary organisations, such as the Kataeb Regulatory Forces and the Tigers Militia. Minor clashes between Palestinian forces and Christian militias broke out in 1970. From 1971-1972, Lebanese Army intelligence reported that PLO militants had carried out armed robberies, rocket attacks, and even murder upon Lebanese civilians.

The advent of the Lebanese Civil War, which ultimately resulted from conflict between the PLO and various Maronite factions, resulted in significant changes to the PLO’s support in the country. While the region was a hotbed of support for PLO operations in the years prior to the war, the strains of conflict – coupled with armed Israeli raids – were beginning to take their toll. Lina Mikdadi had travelled to Southern Lebanon in 1978 and witnessed such carnage and devastation. In her recollections, she relayed that she “barely recognised the place,” noting the abandoned apartments and relative depopulation of the scene at hand. Lina Mikdadi also noted that Israeli raids and sporadic fighting resulted in “Lebanese Southerners [fleeing] northwards to Beirut by the thousands. Empty apartments, whose owners had gone abroad during the civil war, were quickly occupied by the refugees.” There was a growing sense of tension building between the PLO and the Lebanese Shi’ites because of incidents like this.

In fact, many were beginning to blame the destruction of their homes and families on the PLO; a common belief that was emerging in this time was that the PLO had dragged Southern Lebanon into conflict with Israel unwillingly and without consultation. It became clear to many that the PLO’s presence in the region had resulted in “civilian casualties and property damage which worsened the socio-economic conditions of the southern border.” Such points are highlighted in the writings of journalist Thomas L. Friedman, who recounted his experiences in covering the Lebanese Civil War in his memoir From Beirut to Jerusalem. One particular incident had occurred in the early 1980s, when “Israeli planes had bombarded the Fakhani neighborhood, where the PLO maintained its political and military headquarters somewhere beneath the multistory apartment houses.” An Israeli bomb had made direct contact with one of the homes, killing four children amongst the many others who had been living there.

Another event involved a bombing that destroyed the home of Friedman’s friend Muhammed Kasrawi, who would lose two daughters and his wife. It was revealed that the cause of the attack was a dispute between “Palestinian clans who had… gotten into a fight,” and the fact that “each family was associated with a different PLO faction” meant that “the clan that lost… went to their PLO group and got someone to bring in some plastique explosives… [to] blowup the whole building.” Muhammad Kasrawi’s family had nothing to do with the dispute. They, and the woman who lost her children, were simply collateral victims and in the wrong place at the wrong time. The one common theme linking these events together was the involvement of the PLO.

Incidents like those above highlight the adverse effects that permeated as a result of PLO operations in Lebanon and a cursory glance at news archives reveals a plethora of other similar examples, and the PLO’s perception amongst the Lebanese population suffered as a result. While they maintained support during the early days of the Lebanese Civil War, this was rapidly waning in light of increasing death, destruction, and destitution.

Kings Amongst the Rubble

There were other factors that played a role in the diminishing support of the PLO amongst Lebanese citizens. A growing sense of divide was further exacerbated by examples of corruption and economic inequality that emerged between PLO officials and the general South Lebanese populace. One particular case was that of PLO factional leader Zuhair Mohsen, described by Thomas Friedman as being “an armchair revolutionary… known in Beirut as Mr. Carpet, because of all the Persian carpets he and his men had stolen during the Lebanese Civil War.” Mohsen, despite the constant warfare emerging throughout the country, resided in “an apartment he kept on the famous La Corisette Promenade in Cannes, probably the most expensive stretch of real estate on the French Riviera.”

Yasser Arafat’s chief of intelligence, a man named Atallah Muhammed Atallah, or Abu Zaim, was noted as “living in an opulent apartment in West Beirut Beshir Kessar… He had one huge apartment, blanketed with mirrors, for himself, and two others for his twenty bodyguards.” This is juxtaposed to the living standards of many citizens under the de jure control of the PLO. While individuals like Abu Zaim and Zuhair Mohsen lived in relative luxury, others were forced to reside in abandoned apartments and under the constant threat of Israeli air strikes. Such ironies were not lost by the non-Palestinian population of Southern Lebanon and resentment was ripe as a result.

While Arafat succeeded in delivering social services to impoverished Palestinians, the same could not be said for many of the Lebanese Shi’ites. May Arida, a principle organiser of a festival in Baalbek, noted that “the South was deprived of everything… women [washed] their laundry and [drank] from the same basin of water. In schools, children were crowded thirty-five to forty students in a tiny classroom; and the working conditions in the factories were terrible.” In response to this lack of social services, Arida helped establish a committee that aided in civil service projects like the digging of irrigation channels. This coincided with the development of the al Mahrumin of Imam Musa al Sadr. Where the PLO was unable to provide, the Shi’ites of Southern Lebanon were forced to rectify such issues for themselves.

Amusingly enough, while many of the statements made by Maronite leadership were ignorant and dismissive of the Shi’a plight, they were to an extent correct about the changing dynamics Lebanese citizens had with the PLO. All over Lebanon, there was growing dissatisfaction with the way in which the PLO conducted themselves. In the case of the Lebanese Shiʿa, the disengagement of the Maronites and the increasing rift with the PLO meant that the Shi’ites would now have to set off on their own course. Although many Shi’ites supported the PLO for their revolutionary stance and were, for a time, appreciative of the political representation they tacitly received by existing within the PLO’s base of operations, years of collateral damage and corrupt action resulted in massive disillusionment.

On the cusp of the 1982 Israeli invasion, reports indicated that Southern Lebanon was ready to throw off the shackles of the PLO. In the next piece in this series, we will examine the undercurrents of the Shi’ite uprising, the emergence of the Imam Musa al Sadr, and the beginning of the 1982 Israeli intervention.

Edwin Tran is an independent writer focusing on geopolitics and the Levantine region. He is a graduate of the University of Nevada, Reno with degrees in History and International Affairs, and has published work in various sites from newspapers to academic journals. Edwin has spent time living and researching in the Levant region, and specialises in hybrid organisations and their historical contexts in order to understand their popularity and political successes within civil society.